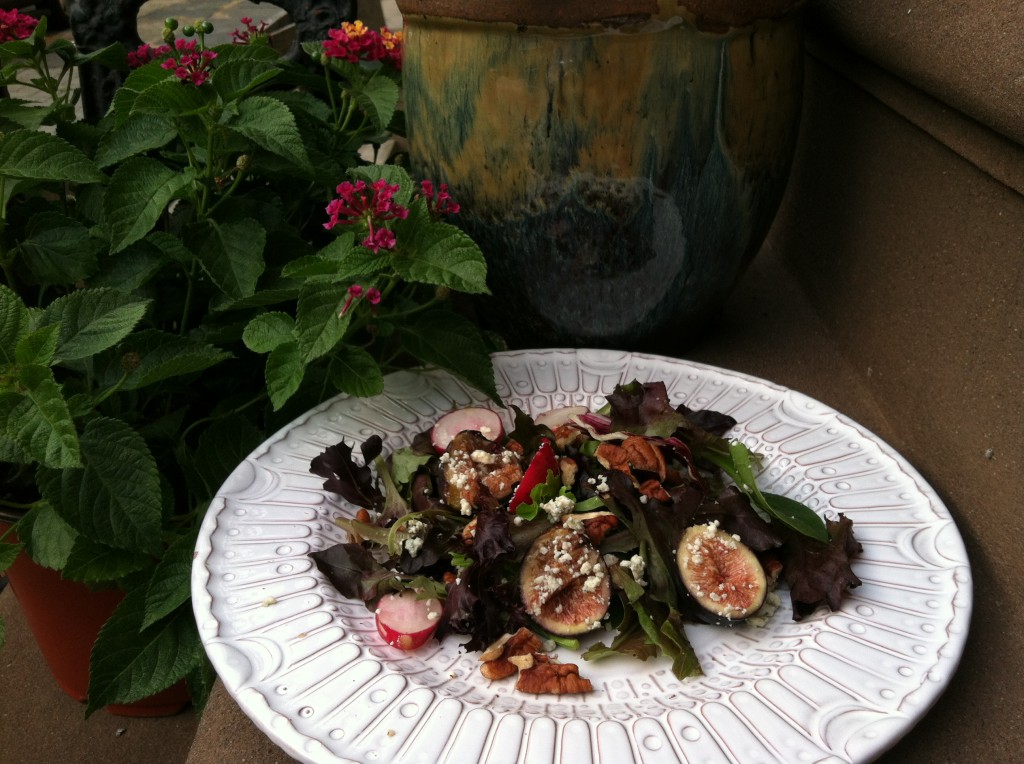 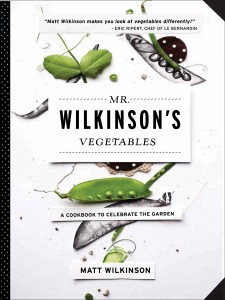 The words “roasted” and “cucumbers” don’t usually go together–unless, that is, you’re the Melbourne-based chef Matt Wilkinson. But that’s why his cookbook, Mr. Wilkinson’s Vegetables: A Cookbook to Celebrate the Garden, is such a joy. It truly is a celebration of garden-fresh produce, making me want to grow every vegetable in this book, from fennel to stinging nettles. (Well, maybe not the nettles. I fell out of a tree into a patch of them once. That fulfilled my lifetime quota for nettle exposure–though I’m sure, as Mr. Wilkinson says, they make a lovely soup.)

Nettles aside, this book has some of the most intriguing, most sophisticated fare I’ve seen in a long time. Mr. Wilkinson’s idea of preparing vegetables is not to smother them in cheese, as so many chefs do, but rather to bring out their natural flavors and complement them with herbs and spices that make your mouth feel alive. Take those roasted cucumbers. You sauté them to a golden brown (another pair of words that I never thought could apply to cucumbers), then fold them into a delicious dish with quinoa, mint, watercress, golden raisins, almonds, and sunflower seeds.

Also incredible is his Salad of Radish, Figs, Walnuts & Blue Cheese (above), with a homemade mustard dressing. It blends flavors I’d never dreamed of combining (blue cheese and mustard–really?). Yet somehow the figs tie the flavors together in surprising ways. 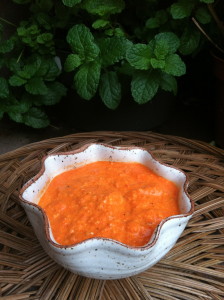 His romesco sauce (right) is so awesome we scooped it up by the chipful and ate it as a dip. And the crispy Horseradish Wafers with Parmesan cheese were gone in a few hours. But my favorite recipe so far is his Spicy Eggplant Braise. Think ratatouille with Indian spices. Mind bending, right? It’s amazing.

I haven’t hit a dud in this book yet. And it’s even making me look forward to the winter, when we will have parsnips and the most amazing looking onion soup. (How can you go wrong with a soup recipe that includes brandy, port, red wine, and white wine?) Now I only wish Mr. Wilkinson would write volume 2.