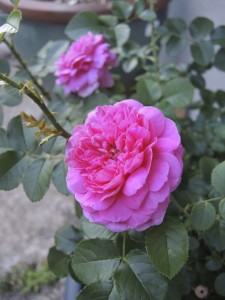 When I started my garden two years ago, I didn’t realize that what I was really planting was a salad buffet for insects—an all-you-can eat, no-cash-down, something-for-everyone, fresh, organic type of dining experience for both good and bad bugs. The more plants I pot, the more insects I seem to draw, as the word spreads among them—“good eats at Anne’s.”

The latest plants to draw unwelcome insect attention are my roses. I planted them in April as bare roots—unpromising clusters of naked roots with nothing but a few sawed-off branches above ground. But plant stock that looked utterly barren in April has since flourished into four miniature bushes with a profusion of new branches, leaves, and roses. No sooner had the tender new leaves emerged than I began to notice little round holes in some of them. Some had so many tiny perforations that they almost looked like lace. Others had been totally devoured, leaving nothing but the stem. Who gave these pests permission to defoliate my new rose bushes? And what pests are they, anyway? 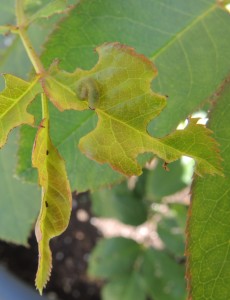 I called an expert—Jeff Collard of Eberly & Collard Public Relations in Atlanta, the publicist for David Austin Roses, which supplied my beautiful bushes. “Are they the newer leaves?” he asked. Sure enough. It was the tiniest, most tender little leaflets that were suffering the worst predation. “To pests, the new leaves are like spring greens or young arugula to us—fresher, more tender, less bitter,” he says. “They’ll take the older growth, too. But the younger leaves are soft and easy to chew, yet full of nutrients.” 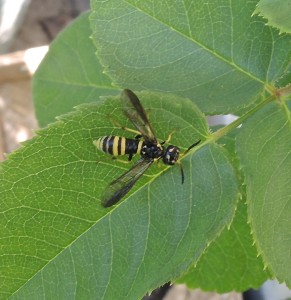 But still the question remained: what pest was treating my rose bushes as the tender salad greens du jour? “How about sawflies?” he suggested. These pesky critters look a lot like bees, except that they don’t do anything useful like pollinate crops. Instead, in the larval phase, their caterpillars dine on your plants. I’d definitely seen a handful of sawflies in the garden, but no sawfly caterpillars. Nonetheless, I went outside for a closer inspection—and there they were. 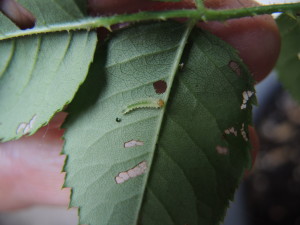 I won’t use anything on my garden that’s not organic, so I started by plucking off all the affected leaves. Then I plucked off all the tiny caterpillars I could find and squished them. So sawflies, beware. You can dine on my garden—but now that I know you’re there, it’s strictly at your own peril. 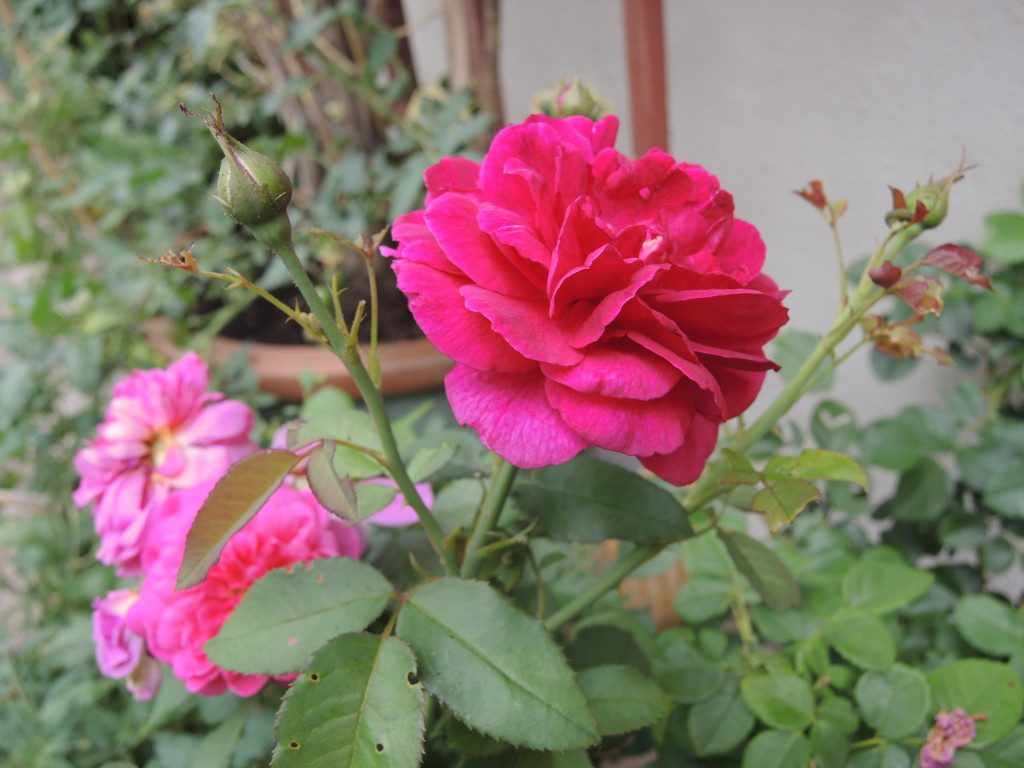 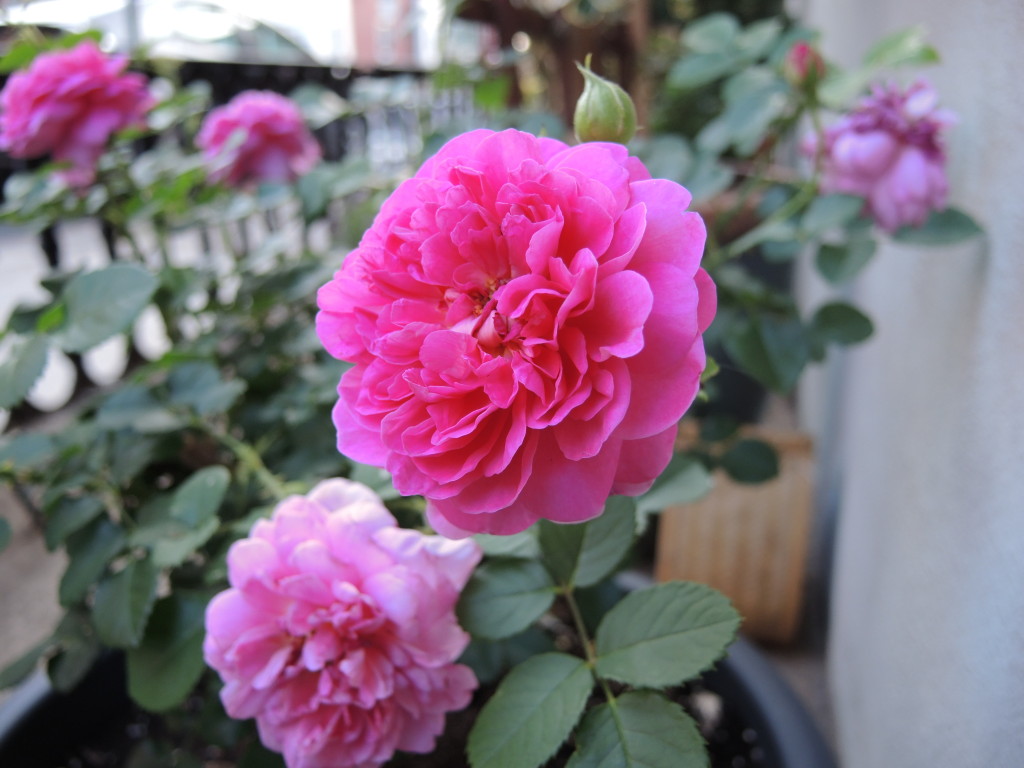 One Response to What’s Eating My Roses?