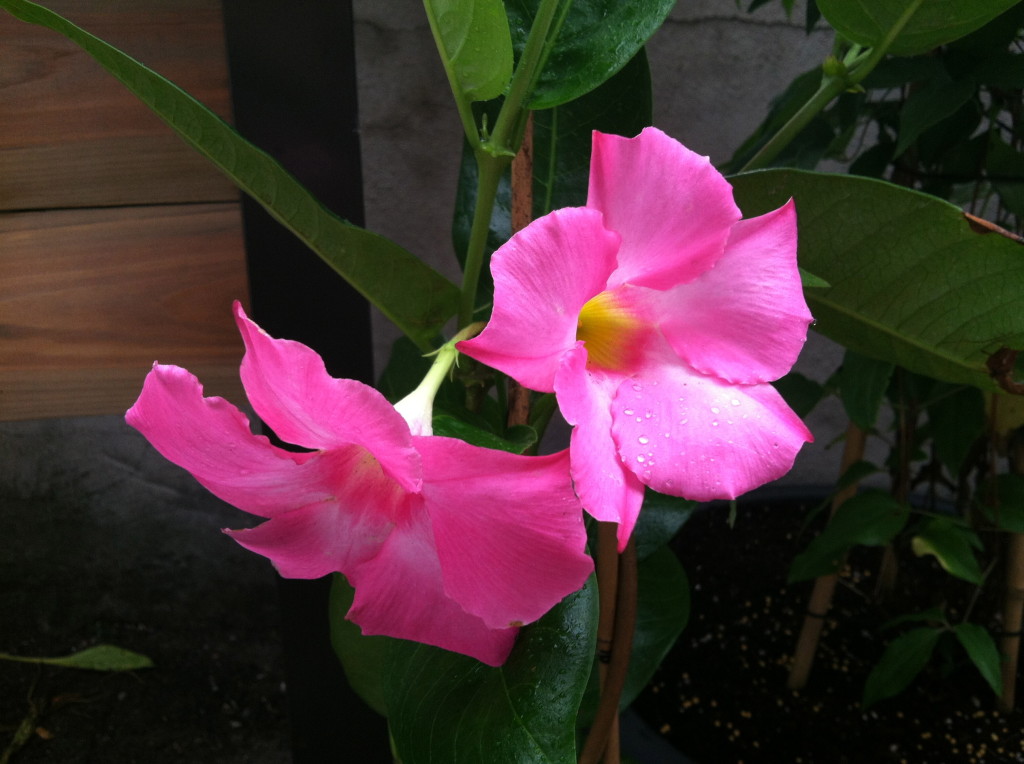 My mandevilla last year was so spectacular that this year I bought four! The prize winner among them is this beauty. It’s a giant variety called Sun Parasol, with these large showy flowers and glossy leaves, which grow in pairs on opposite sides of thick tendrils. So far, those tendrils have coiled their way up the trellis and wound in graceful spirals around the railing above. Neither the leaves nor flowers are as abundant as on a standard mandevilla. But each one is so perfectly formed that it commands attention. To me, it’s like a taste of the tropics–but accessible every day and without the tiring flight. Now where’s my snorkeling gear?

This entry was posted in Favorite Flowers and tagged Mandevilla, Sun Parasol. Bookmark the permalink.