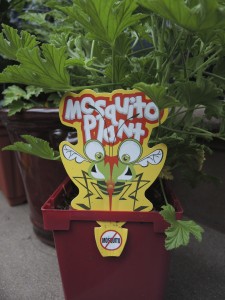 Marketing is everything—in gardens as in the rest of the economy. Consider this spiky little plant. I would never have given it a second glance in the garden center if not for the fabulous label. But when I spotted the words “Mosquito Plant” with such a catchy picture of an unhappy pest, how could I resist picking it up for closer inspection? Immediately, I got a strong whiff of citrus. In fact, it smelled a lot like citronella—the stuff they put in the candles.

The back side of the label confirmed it—Geranium “Citronella,” it said—though apparently it’s not THE citronella. I never liked the smell of the candles, but these plants seem pleasantly fragrant. I bought four. 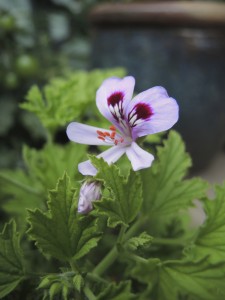 But do they really work? It’s hard to tell, because we’ve hardly seen any mosquitos this summer. (The experts generally give them a thumbs-down in that department.) But I do know that they’re incredibly easy to care for, they produce striking (though infrequent) flowers, and they smell wonderful whenever you water them or even brush past them. “The fresh and dried foliage is used in potpourris,” says the label. No wonder. 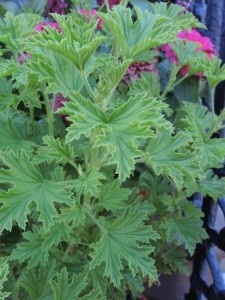 It turns out that this plant is part of a larger family of scented geraniums—including apple-scented, nutmeg-scented, and rose-scented varieties—whose leaves rather than flowers are used for all kinds of things. In the mid-1800s, writes Dr. Michael Balick in his new book 21st Century Herbal: A Practical Guide for Healthy Living Using Nature’s Most Powerful Plants, “The French discovered a way to substitute the oil from rose-scented geraniums for attar of roses in perfume making…. Later, Victorian gardeners and herbalists used them in bouquets, potpourris, ointments, poultices, teas, desserts, and wines.”

A little more research revealed that my plants in fact are not related to citronella at all, but are properly known as lemon-scented geraniums. So the marketing may be misleading—and they may do nothing to keep mosquitos at bay—but they’re quite a wonderful discovery anyway. Now, where do I find the cinnamon-scented variety? 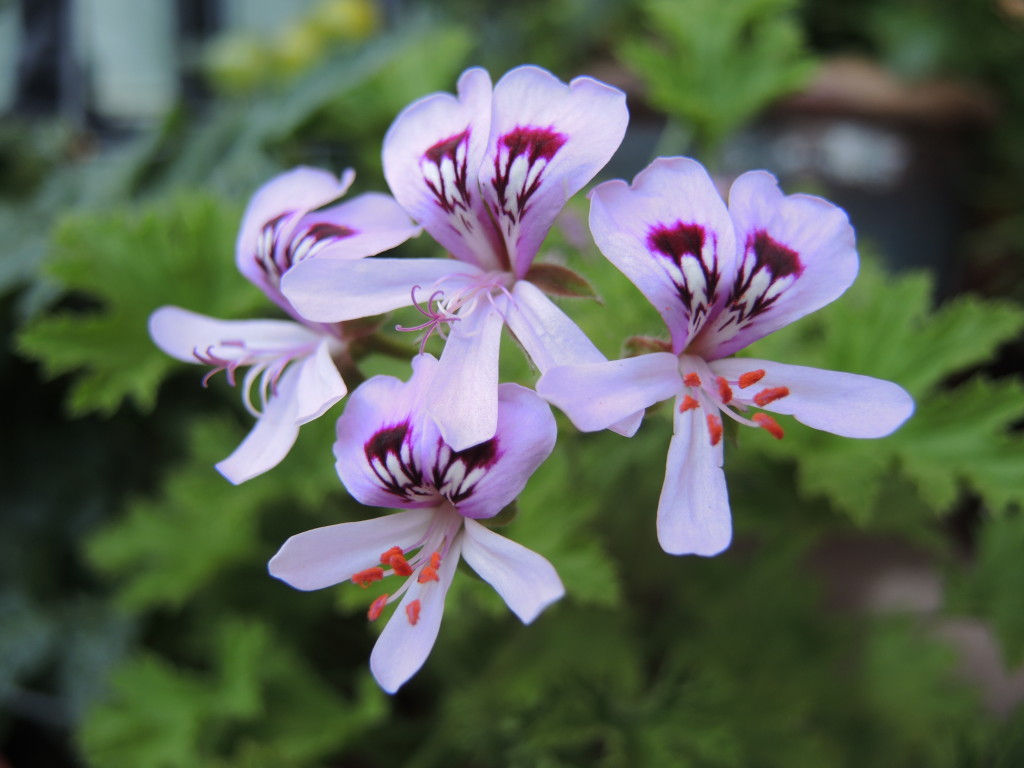