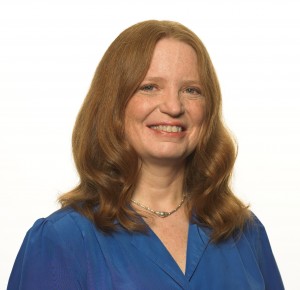 I know my friends will react with skepticism. But this year, 2012, is the year I’m becoming a gardener.

Mind you, I don’t dwell in some leafy neighborhood with tidy lawns. I live in Hoboken, NJ—directly across the Hudson River from Manhattan, where 50,000 residents crowd into the town’s single square mile. At the 1852 row house where my husband and I rent an apartment, the available space outdoors consists of a sidewalk and a stoop. (Garden-friendly it’s not. On the other hand, it provides easy access to New York City, where I’ve worked for the last couple decades as a writer, reporter, and editor at Newsweek, The New York Times, and Rodale, before becoming executive editor of Harvard Special Health Reports in January 2013.)

For years, I’ve longed for a place to grow plants. When I was little, our various homes were surrounded with a rotating kaleidoscope of daffodils, forsythia, rhododendrons, peonies, and more. Honeysuckle wound its way around our back fence. And the vegetable garden seemed to expand by the year, filling our summers with fragrant herbs, tender lettuces, and tomatoes that outclassed anything from the store. There were the zucchini that made us all feel like mighty farmers, with their huge sprawling vines—and the corn that I’m sure we would have enjoyed, if we’d ever gotten to it before the raccoons.

Ever since my husband and I moved to Hoboken 18 years ago, I’ve told him that someday we’re going to have a house—a real house where I can plant a garden like those fragrant Edens of my past. But after several failed attempts to become homeowners, I’ve finally decided to put down roots here. Literally.

So this is it—my stake in the ground. Anne Underwood, urban gardener. It may be small, but I’m going to make my patch of concrete bloom.

Others must be feeling the same way because I’ve seen a profusion of window boxes and planters around town in places where they never sprouted before. I wonder if it has to do with the uncertain times we live in. If you can’t afford that dream house, do you decide instead to fix up the place where you are? Or in the midst of economic peril, do people just want the reassurance and beauty of tiny shoots growing—an affirmation of life—the optimism of sunflowers stretching toward the heavens?

What do you think?