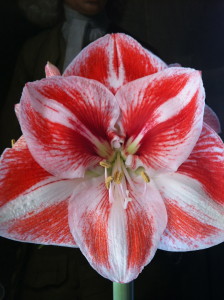 The polar vortex continues to blast the country with single-digit temperatures and sub-zero winds–colder than anything I remember from the winter I spent in Moscow as a student, when it literally snowed every day. It’s more frigid than the week I spent in Reykjavik one January, when long jagged icicles hung off the eaves of the houses. Heck, it’s so cold that Chicago’s Lincoln Park Zoo moved one of its polar bears inside because it was too cold even for this Arctic native. And though a park spokesperson explained that, as an urban bear, Anana has less blubber than an wild polar bear, that doesn’t change the fact that the weather is just numbingly cold.

Which is all the more reason why I’m delighted with the Starsong amaryllis my colleague Lori sent me for Christmas. It was a mere bareroot bulb in a flower pot when it arrived with growing instructions from the White Flower Farm in Connecticut. But after a couple weeks in my bedroom window, the stalk was shooting up so fast day by day that I suspected I would actually be able to see it grow if I sat there and watched long enough. Then this week, it produced these spectacular blossoms–not plain red like the ones I’ve grown before, but stunning striped blooms that suddenly burst into flower overnight, while I was out of town for a day. If I were a 17th-century Dutch trader, I would stake a fortune on this plant rather than tulip bulbs. In the dead of winter, I can’t imagine anything more dramatic–or more perfect. 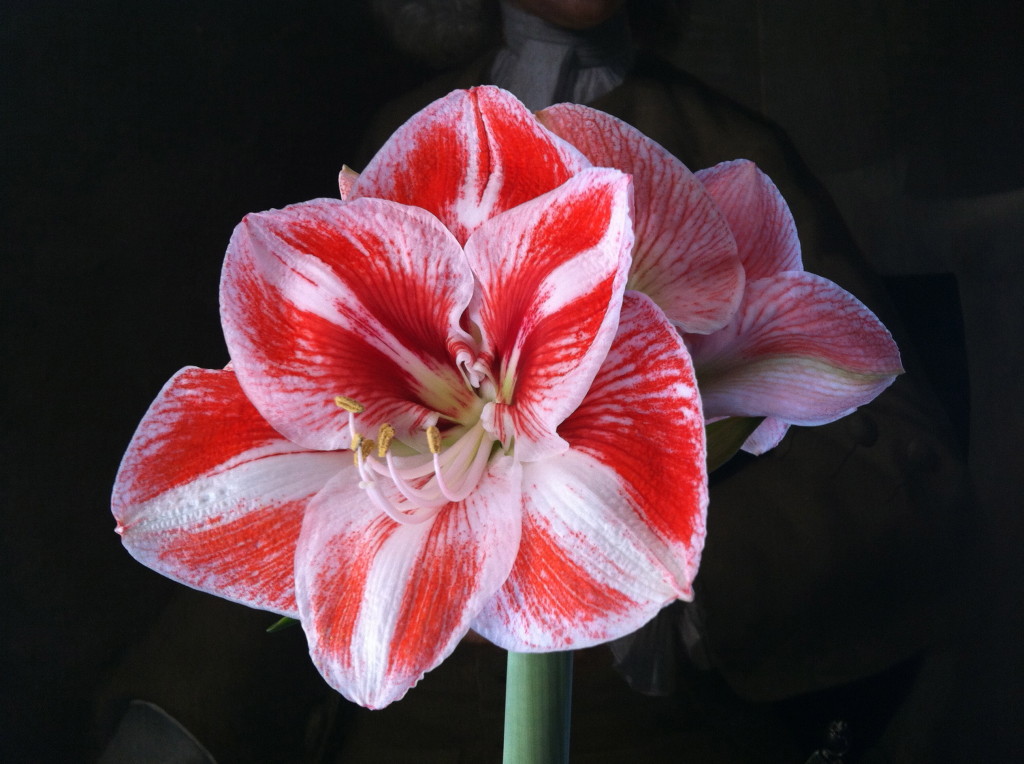