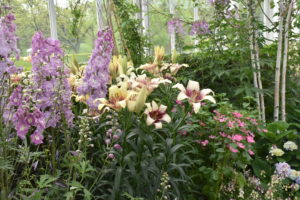 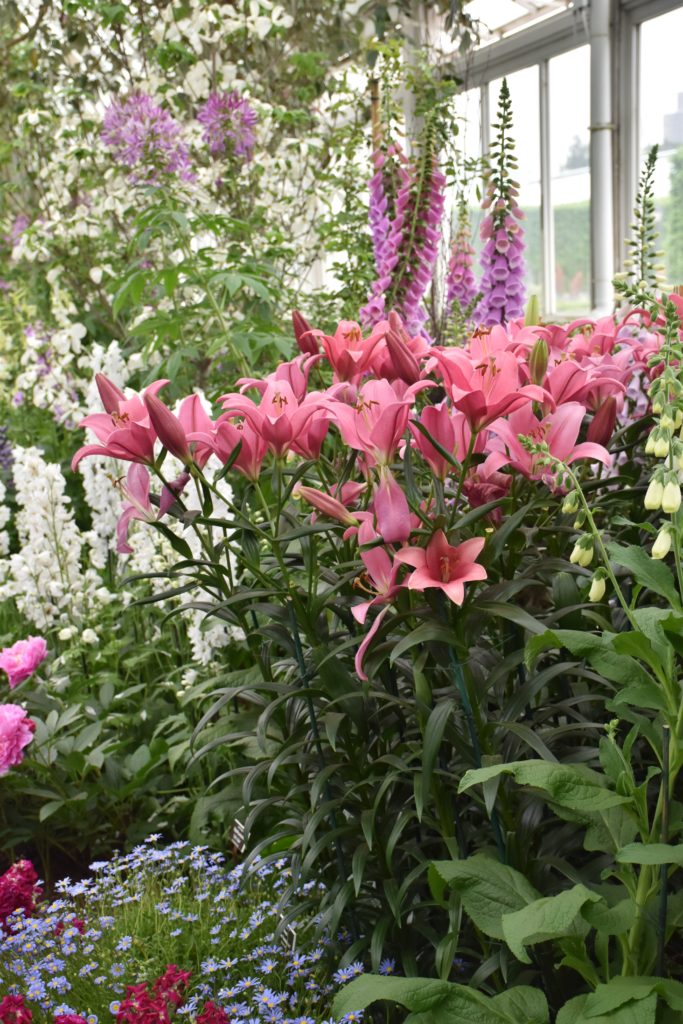 “Of all the wonderful things in the wonderful universe of God, nothing seems to me more surprising than the planting of a seed in the blank earth and the results there.” So wrote Celia Thaxer in her delightful 1904 book An Island Garden–one of the many revelations of the enchanting new show at the New York Botanical Garden, “Impressionism: American Gardens on Canvas.”

From a remote island off the coast of New Hampshire, Thaxter ran an artists’ colony that attracted the likes of American Impressionist Childe Hassam, who found that he could paint Thaxter’s delightful gardens and the rocky ledges just beyond them from the comfort of her porch–while enjoying the company of other artists and musicians who flocked there in the summer. 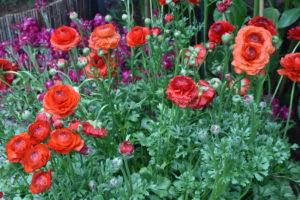 That Thaxter managed to grow a garden at all in the rocky Isles of Shoals is a testament to her dedication as a gardener. In the fall, she would retreat to her winter home in Portsmouth, NH, where she would begin her garden for the following spring, cultivating poppies, hollyhocks, stocks, and other flowers indoors until it was time to return to Appledore Island on April 1. Then all the plants went with her. “A small steam tug, the Pinafore, carries me and my household belongings over to the islands,” wrote Thaxter, “and a pretty sight is the little vessel when she starts out from the old brown wharves and steams away down the beautiful Piscataqua River, with her hurricane deck awave with green leaves and flowers, for all the world like a May Day procession.” 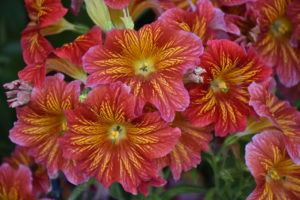 She was not the only gardener to cater to artists. There was Florence Griswold in Lyme, Connecticut, and artist William Merritt Chase, who held painting classes en plein air on eastern Long Island. The paintings that the various artists produced in these locations are on exhibition, but it is not permitted to photograph them. The glorious flowers in the Enid A. Haupt Conservatory, however, are fully accessible–and totally satisfied the shutterbug in me, as you can see here. They represent the type of old-fashioned garden that was popular at the time–brimming with peonies, iris, foxglove, poppies, lilies, and delphiniums–“grandmother’s gardens,” they called them. 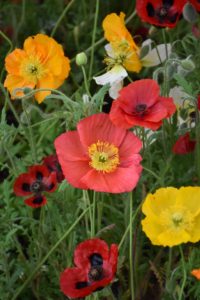 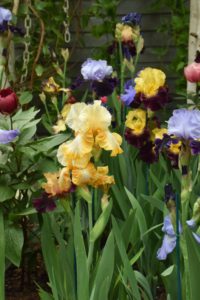 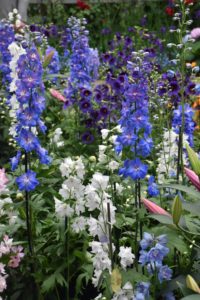 The trifecta of splendid paintings, glorious flowers, and luminous prose (available from books in the shop) combine to make this show an extravagant delight. Of honeysuckle Thaxter writes, “Each cluster is a triumph of beauty, flat in the centre and curving out to the blossoming edge in joyous lines of loveliness, most like a wreath of heavenly trumpets breathing melodies of perfume to the air.” Of a poppy seed, she says, “it lies in your palm, the merest atom of matter, hardly visible, a speck, a pin’s point in bulk, but within it is imprisoned a spirit of beauty ineffable, which will break its bonds and emerge from the dark ground and blossom in a splendor so dazzling as to baffle all powers of description.” 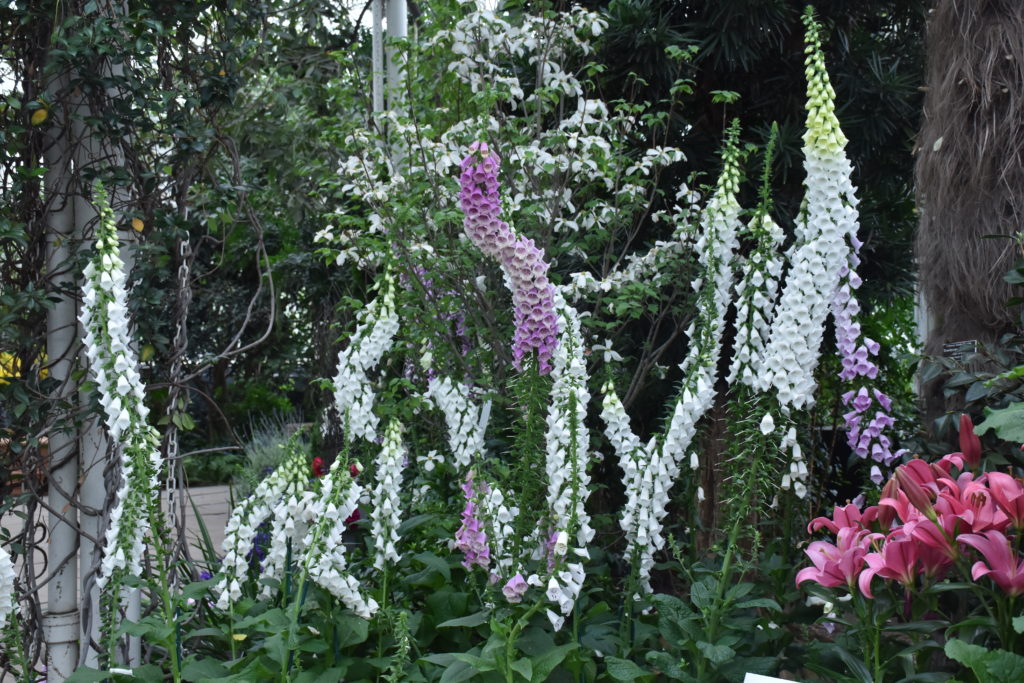 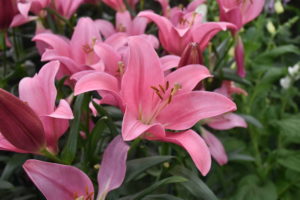 But there is another reason why I found this show so powerful. The era it depicts was one of unsettling economic and cultural shifts, industrialization, and labor unrest. To people of the time, these old-fashioned gardens represented “stability and a sense of time and place in a rapidly changing world,” in the words of art historian David Schuyler. In our own rapidly changing world, the same thing could easily apply. It’s a moving testament to the power of a garden.