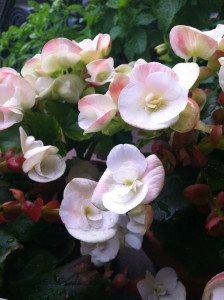 I have known for months that my lovely Rieger begonias would not last. I first bought them in April, thinking that these “winter-flowering” begonias, which require cool temperatures and short days, would serve merely as stop-gap flowers to tide me over until May. Yet somehow, with the unseasonably cool weather we had right up until the Fourth of July, they’re still in bloom. Day after day, when I was sure they should be long gone, I would find them flourishing and would think of Mark Twain’s famous statement: “Reports of my death have been greatly exaggerated.”

Only now are the Riegers starting to show signs that the end is approaching. There are fewer blooms, and they are not as robust. Before they wilt for good, I have to post this brief appreciation and showcase a few photos of them in their glory last month.

What I love about these plants are the elegant blossoms, far classier than traditional begonias, forming a pattern described as “double rose shaped.” Riegers seem to come in many garish colors, but mine are a delicate white tinged with pink–classy, understated, lovely. Set off against their dark green leaves, the flowers have been a beautiful addition to the container garden on my stoop. I will miss them. 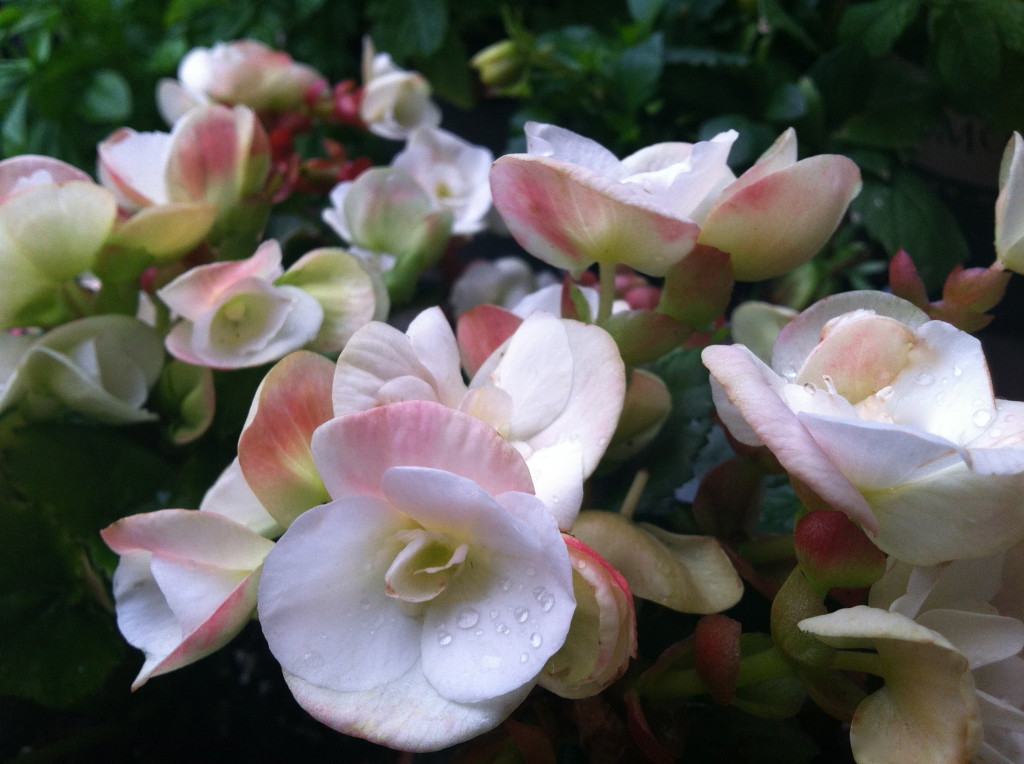 This entry was posted in Favorite Flowers and tagged Rieger begonias. Bookmark the permalink.