The Sincerest Form of Flattery 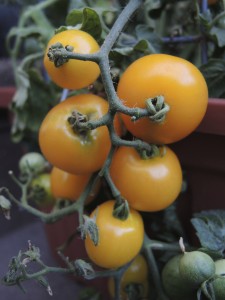 Last week, I was out watering my garden when a woman I’d never seen before came by and said, “I love your yellow tomatoes.” She didn’t mean that they look pretty, the orange-yellow orbs set off handsomely against the dark green foliage. She meant that they taste good, which she knew first hand because, as she explained, “I pick one every time I come by.” She then proceeded to reach over the fence, pluck one off, and pop it in her mouth—right in front of me, as I stood there agape. She seemed to think that I should take this as a compliment. 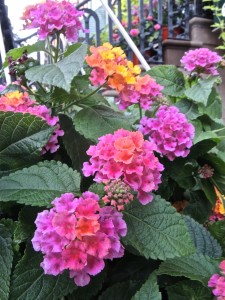 Then yesterday morning, I came outside to water my plants. After taking care of the herbs and flowers on the stoop and front stairs, I headed for those on the street level. I gave water to one of the two lantanas in hanging baskets on a railing around the house (right), then wheeled around to water the other one—watering can poised in mid-air—when I noticed that the second one was gone. Missing. I blinked twice and had a quick look around to make sure that no one had moved it to another location. Nope. It was completely gone. Someone had walked off with it.

This, of course, is one of the risks you take when you start an urban garden. Your property is there in plain sight for people to enjoy—and take, if they aren’t deterred by the fact that it’s actually behind a fence on private property. There are certain people that I invite to take whatever they want, like the neighbors who tend the garden for me when I’m away. But total strangers? My garden hose vanished earlier this season, along with dozens of roses, and almost all my first crop of Cherokee Purple heirloom tomatoes. 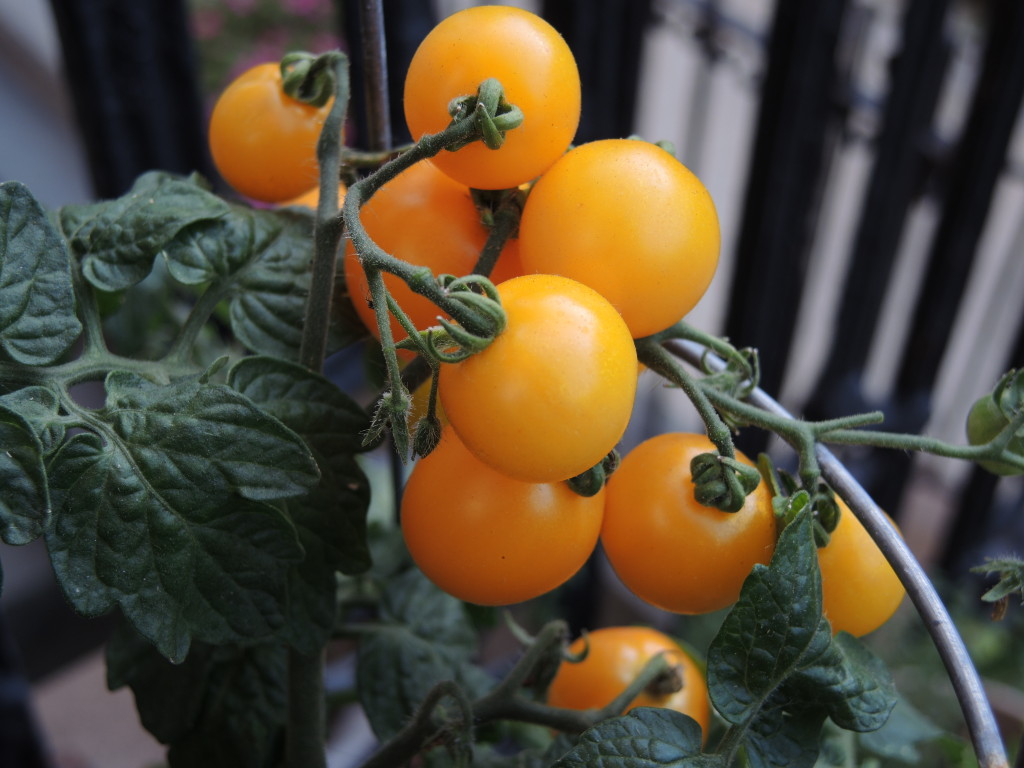 Theft is older than the Bible, of course. But I can’t help wondering if today’s Internet culture contributes to the modern scourge in any way. As a writer, I’ve been hearing for over a decade now that “information wants to be free”—meaning that news organizations should give away their content and that aggregators should be able to repurpose this work at will without paying for it, as long as they cite the original source. Do people think that physical objects also “want to be free”? Is there a new culture of entitlement that has nothing to do with government handouts, but instead is nourished by the outright piracy of books, movies, music, and other content on the Web? What astonished me about the tomato lady was that she wasn’t embarrassed to admit she was helping herself to my property. To her, it apparently wasn’t stealing at all. “These tomatoes are so expensive in the store,” she said by way of explanation. “That’s why I take yours.” Gee, thanks.

This entry was posted in Garden pests and problems. Bookmark the permalink.