The Tenacity of Life

Posted on November 4, 2014 by Anne Underwood

The growing season is drawing to a close. Gone are the languid days of summer, the late light nights, the embracing warmth of sunshine. Instead there is a crisp snap in the air, and temperatures dip into the 40s at night. Surely the plants should be shutting down for winter. And yet…..

Late-season tomatoes continue to grow and ripen, if less convincingly than earlier ones (photo, below). A brand new eggplant appeared outside two weeks ago, along with a number of purple flowers, on a plant that I had been on the verge of pulling out in September. The Darcy Bussell roses are still producing occasional blossoms. And the vincas appear to have barely noticed the encroaching cold. 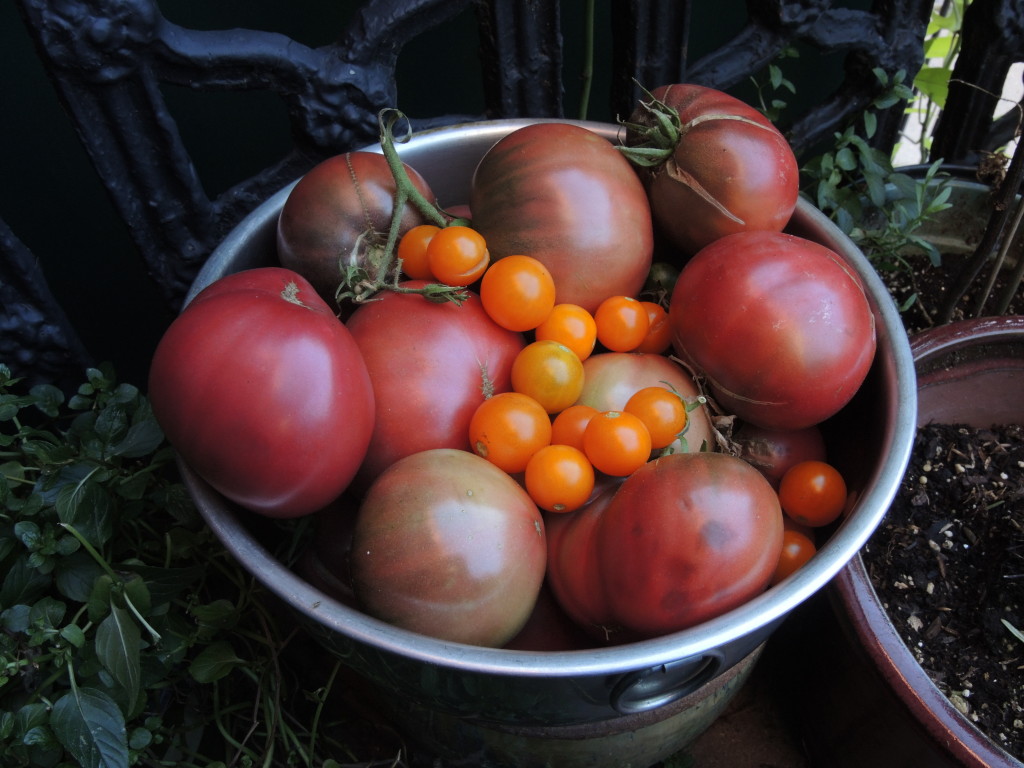 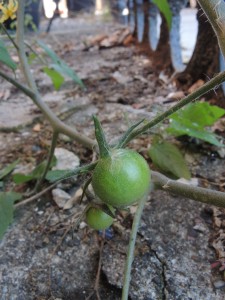 But what amazes me most are the plants that have taken root in odd places—those that have crept beyond the pots and containers where they were supposed to remain. I’m not only talking about the unruly mint, which has put down firm roots in a neighboring pot. Sprigs of calibrachoa from last year’s hanging baskets are blooming in the cement next to our house. And, most remarkable, two cherry tomato plants are springing from cracks in the sidewalk! Perhaps some ripe tomatoes fell off and got crushed underfoot, spreading their seeds to these unpromising little patches of dirt. However they got there, these tenacious tomatoes have four little green fruits on them, and a cluster of yellow flowers. What a sense of optimism they give me.

This entry was posted in Container gardening. Bookmark the permalink.