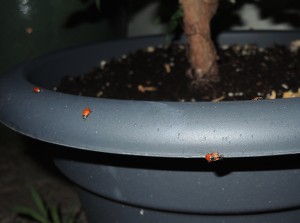 I came back out an hour later and looked at them racing around the rims, passing up all kinds of mites and aphids that were rapidly fleeing in the opposite direction. I saw only one ladybug intercept a large green aphid and eat it, legs and all. Instead, I was the one who ended up squishing the aphids, while other ladybugs paired up, the smaller ones on the larger ones’ backs. The large ones proceeded to circle around and around the container rims with the smaller bugs perched on their backs, like so many horses and jockeys at the racetrack. 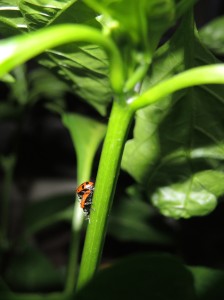 I decided to check rose pot number 2. There, too, the aphids were fleeing as fast as their tiny legs would take them. Meanwhile, the ladybugs were celebrating their newfound freedom by pairing up, oblivious to the food supply that was escaping all around them. In the pepper plants, it was the same story. 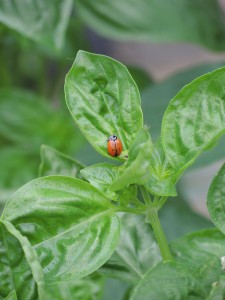 Over the next couple days, most of my ladybugs flew away, leaving me with nearly as many aphids as I started with, particularly on the roses. Perhaps they didn’t enjoy climbing along branches lined with thorns. Maybe it was just too much work. So I was the one who ended up squishing most of the aphids. Next year I’m going to try insecticidal soap. I think it will prove much more effective–though not nearly as entertaining.

For more on organic ways to control aphids, click here. 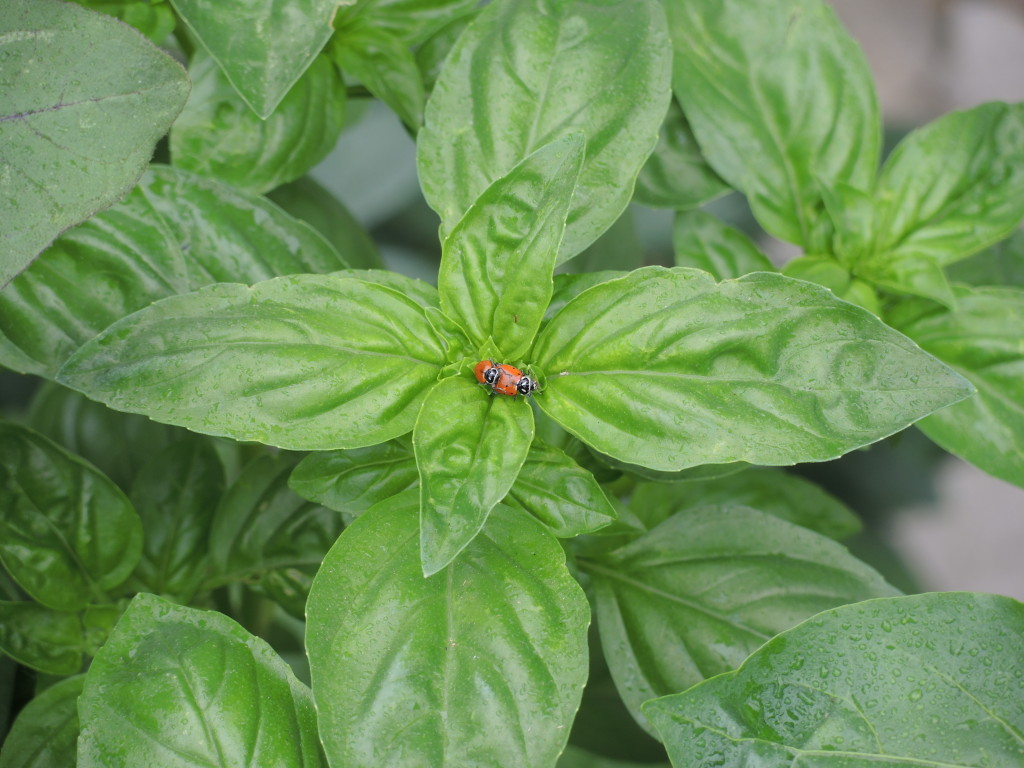 Pages: 1 2
This entry was posted in Garden pests and tagged aphids, Ladybugs, Roses. Bookmark the permalink.

One Response to Ladybugs vs. Aphids (Guess Who’s Winning?)